If you have a blue/purple hasp key, updates have caused this error on many computers. Please download the latest version of BioExplorer with a fix for this problem.

Please be sure to select the correct setup file- for either the blue/purple dongle or the green one. Look at your dongle and see which it is. If you are color blind, please send a picture of it and we will tell you which you have.

In today's challenging Windows 10 environment, there are some steps one can take to minimize or remedy difficulties in operating BioExplorer.

Below are some steps to take when installing BioExplorer to reduce problems.

Program fails to launch or Design failed to open

If BioExplorer fails to launch or designs fail to open, check for issues that may be interfering with the process.

If these have not solved your problem, try the suggestions below. If the first does not resolve the issue, try the next suggestion, and so on.

Download the Hasp User setup. Save to your compute. Then right-click and run as Administrator.

We believe the newest version of BioExplorer has finally resolved this hasp key security error. If you have this error, please update to the most  current version.

Workarounds that users have had success with before this version:

1. Right-click on the BioExplorer icon and select "Run as administrator." or

If this is not successful, please try a workaround that has helped several people:

3. Try a previous version of BioExplorer

Versions of BioExplorer for blue/purple hasp you can try:

The new BioExplorer version software may not be compatible with the old HASP keys. For this error with an old deep purple HASP key, try a previous version of BE Setup. 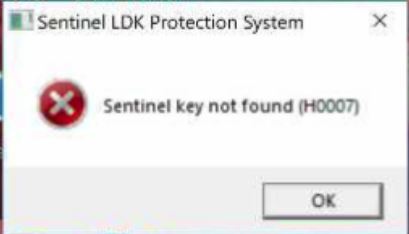 It may be that BioExplorer will still not launch.

Upgrading to the new dongle key is required in this case. Contact CyberEvolution.

Other ways this has been remedied: